I was diagnosed with Crohn’s disease in my mid-20s. It was a classic presentation: 30+ urgent trips to the bathroom daily, fevers and sheet-soaking night sweats, and an achy-fatigue so deep that I could barely make it to the corner coffee shop and back to the couch. This was no stomach bug â€“ it was an incurable disease.

The first line Crohn’s drugs proved only modestly effective so I quickly found myself careening toward the prospect of steroids that could damage my organs, immunosuppressive drugs with even worse side effects, and as a last resort even surgery to remove my bowels. I was horrified and I was desperate. I did the only thing I could think of: I googled it.

Naturally, the Crohn’s patients of the internet had some ideas of their own, mostly involving food, or lack thereof. I tried them all with a fanatical devotion. I ate nothing but lamb and rice for weeks, went without fruits and vegetable, and subsisted on juice, all to no avail. Then I came across the SCD â€“ the Specific Carbohydrate Diet. And suddenly things started to improve. I threw myself in full force.

So for years I cut all complex carbs, sugar, lactose, and soy. I regularly downed peanut butter as a meal on the go. I fashioned pancakes from almond flour. I made my own yogurt â€“ fermented for 24 hours to increase the bacterial concentration â€“ and ate it daily. I envied the merely gluten intolerant and drove waitresses mad. It was every bit as hard is it sounds.

That’s the story of how I found myself â€“ Human Biology degree in hand and ego predicated on feeling like a smart, rational person â€“ religiously adhering to a dietary regime that dominated my life and came replete with the tell-tale signs of crazy pseudo-science. Dismissed by doctors but popular on the internet. Check. No controlled studies, scientific inconsistencies, and fanatical devotion by followers. Check check check. And the kicker: hypothesized mechanism of action involving invisible organisms. Check.

You see, Crohn’s disease is an autoimmune disease where the body essentially attacks itself. The SCD hypothesizes that Crohn’s is actually triggered by the body’s response to the gut microbiome â€“ the unique bacterial ecosystem that inhabits every human’s intestines. The diet attempts to change the makeup of that microbial community. My GI doctor had never heard of the diet and tolerated it, just barely, only because he saw no harm in doing so. He told me in no uncertain terms that there was zero evidence for the diet or its proposed mechanism. What he actually said, word for word, was, “If you think standing on your head in the corner is making you feel better, then stand on your head in the corner.”

As it turns out, this isn’t just a story about a crazy diet that seemed to work against all scientific explanation. In a matter of a few years, the first medical textbooks described Crohn’s Disease as an abnormal immune response to gut bacteria. The term microbiome was coined and mainstream publications began publishing pieces on its incredible power. Venerable institutions are now studying the efficacy of the SCD. My GI doc actually prescribed me probiotics.

Of course, there’s no way to know whether the diet actually changed my microbiome or helped put me into remission. For those of us who consider ourselves scientifically minded, it’s all too easy to believe every acai-berry-buying, Kombucha-chugging, health-seeker is as foolish as an anti-vaxer. The truth is that medical science is advancing all the time and as a desperate patient, trying something that hasn’t been studied and (and probably? hopefully?) isn’t that harmful, is much more than just appealing. It’s actually rational. To my doctor in 2007, believing I could alter my microbiome and keep my Crohn’s Diease at bay was like believing that the sun revolves around the earth. But medicine is not physics. We are making new discoveries every day.

But this also isn’t a story about a crazy diet that seemed to work against all scientific explanation and then turned out to have a scientific explanation. It’s actually a long, roundabout way of saying that I’m truly, deeply, as happy as you might imagine to have today announced a partnership between PicnicHealth â€“ a company I started to help patients manage their medical records â€“ and uBiome, a company dedicated to advancing research on the microbiome. The partnership gives Crohn’s patients a free PicnicHealth Account and a free uBiome kit. It aims, for the first time ever, to advance research on Crohn’s and the gut microbiome by matching medical record data with microbiome data for Crohn’s patients. That the promise of the microbiome has made uBiome among the hottest, most cutting edge early-stage biotech companies in Silicon Valley is just the cherry on top. 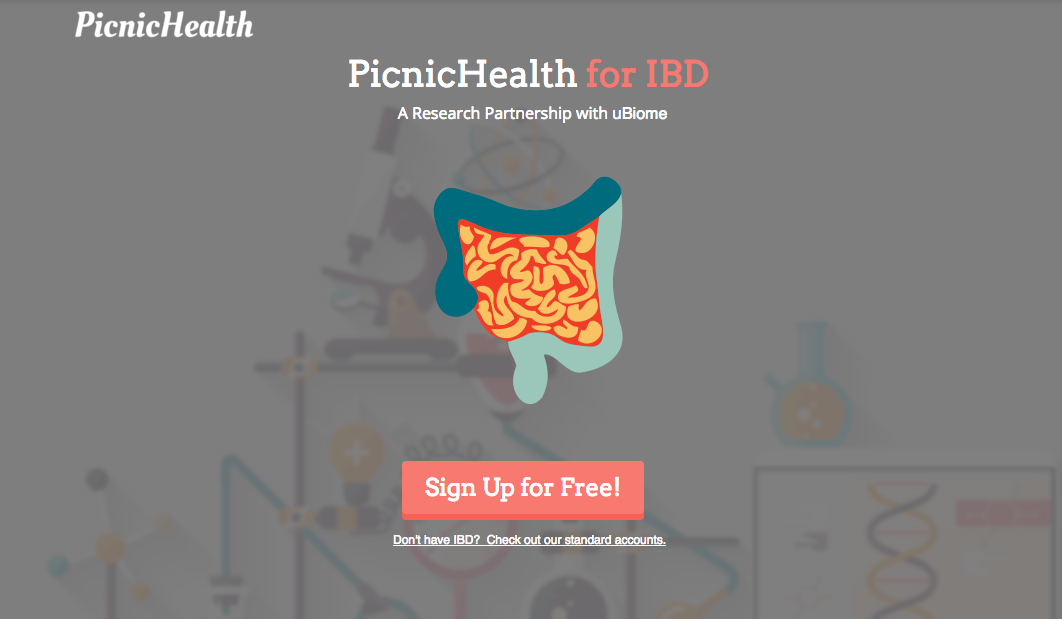 These days I’ve fallen off the wagon and I’m running to the bathroom a bit more often than I’d like. Still, I think this announcement confirms that at a minimum, I’m no longer standing on my head in the corner. I have to admit that I like it that way. In other words: I told you so.

We were very excited to have Dr. Marc Siegel present PicnicHealth on Fox & Friends today as a "life-saving start-up." Dr. Siegal detailed how PicnicHealth "puts in a lot of

Last summer, we were both participants in Y Combinator, a program for entrepreneurs that changed both of our lives. We came together as part of a group of female founders, who were also